Gilbert Van Kerckhove, also called 范克高夫 in Chinese, is President of Beijing Global Strategy Consulting Co., Ltd. Gilbert has been working with China since 1980 and is a frequent speaker in seminars, some focusing on navigating the administration, illustrating the process with two real cases he was involved in — “Successful lobbying in China”. He is the author of “Toxic Capitalism”, on environmental issues (his blog: http://blog.strategy4china.com)

For most businesspeople, navigating the Chinese bureaucracy is a challenge — unless you have the right approach. 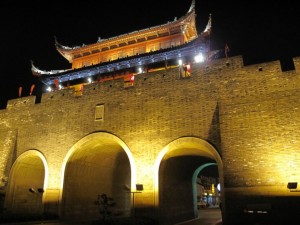 Here is what people generally assume:

The company has a friendly dinner with the city mayor who expresses interest in their proposal and who gives the “go-ahead” — in the eyes of the foreign company. The foreigners walk away, confident, assuming the city administration will meet their expectations.

Nothing will happen further down the road, the mayor and the administration will soon forget about the nice dinner and the conversation. The Chinese side normally does not write a report about the discussion.

What is the key?

It is vital the administration at all levels is involved in the project and is properly briefed on paper about the details. In most cases a multitude of administrative departments must approve the project by following up on a report that circulates within the bureaucracy.

Contrary to the perception of many foreigners, a key person such as a mayor cannot make a unilateral decision; he must rely on his administration to back-up the idea — and to execute it. That is one of the fundamental characteristics of the Chinese administration: consensus.

What does the foreign company need to do?

Before the dinner with the mayor, the foreign company should give the mayor’s office a report, going straight to the main points, in a strict format so that it can be used by the administration. Obviously the report must be in Chinese. It will be the key document and will serve as a brief for the mayor and the administration, also allowing them to bring along the right people to the dinner.

The same document will circulate internally after the dinner as a memo and as the approval instrument for the project. Starting with the mayor’s office, notes will be written in the margins, giving instructions to the administration, top-down. In other words, the company’s document will be the de facto internal memo for the Chinese side.